If you asked any of my students at school, or any former students what my pet peeve is, they would tell you EYE ROLLING! I cannot stand this-- I view it as a complete show of disrespect. I'm not a fan of students arguing with me, or speaking in a hateful tone-- but I can usually handle that better than if they roll their eyes.

Leaving dirty dishes in the sink and on the counter instead of loading the dishwasher.
People who ALWAYS talk about themselves.
Selfishness in adults.
Chewing gum like a cow chewing cud.
People who will not even attempt to be flexible. (Especially fellow teachers)
Posted by S. Dub at 2:45 PM No comments:

3 things you want to say to 3 different people

First, THANKS to Lacy. Whew! Without you I would NEVER, and I mean NEVER make it day to day. You keep me somewhat sane at school- either as someone to listen to me rant and rave, or as an enabler giving me chocolate and caffeine. You are BEYOND amazing with Maddie-- one of the few I trust COMPLETELY with her. You are caring, unselfish, and kind to everyone you meet. I wish there were more people like you in the world, because truly, it would be a better place. I am beyond honored that I am fortunate enough to call you friend. Now seriously, we should re-think ever taking that CORE class again! 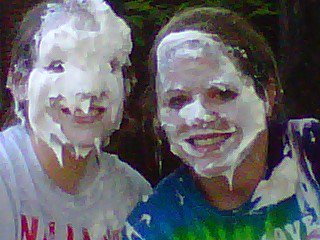 Second, HAPPY BIRTHDAY! Today would have been my mom's 69th birthday. She always told me that I should spend my birthday doing whatever I wanted to be doing for the next year. I try to practice this on her birthday as well as mine. I have spent time with a good friend, I've run through the sprinklers with Maddie, and I plan to start packing for our trip as well as making a visit to my Gma. I think Mom would approve. 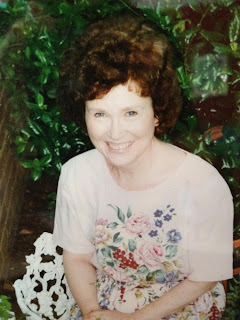 Third, I MISS YOU to Justy! It constantly amazes me that we have known each other really only a short amount of time, but I feel it has been forever! (In a good way, of course). I SO wish we lived closer and could get these crazy kids together more often... and then enjoy a tasty beverage while they napped.  ;)  You crack me up, inspire me, and help me more than you will ever know! Just a silly text or "special" picture from you can turn my whole mood around. There is no one I would rather lose my teaching license with than you! GIG! FISH! MP! 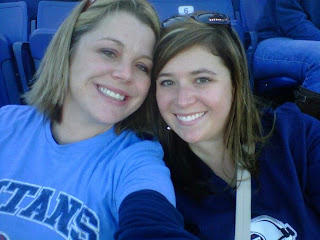 Do you read? What are your favorite books?

Oh my YES! And, I have several!

I have always been a voracious reader. Not as much now-- unless you count Maddie's endless books on pigs and Goodnight Moon-- but I do try to keep one book and one audiobook going at all times.

I love the Harry Potter books. All of them. LOVE. My mom turned me on to them. At first I was very skeptical-- but as usual, mom was right. I read the first 3 in a week, then had to wait patiently for #4 and all the others to come out. I was one of the crazies at the bookstore on midnight on release days-- having slept most of the day so I could stay up reading. And then I discovered them on audio (Thanks again, mom!) Oh my. I still listen to them regularly. I'm blown away by the character and plot developments throughout the series.

I'm definitely more of a mystery reader. Most of the books I get on audio are mysteries. And I love stories set in England. Lately I have been listening to the Mary Russell and Sherlock Holmes series by Laurie King. An interesting concept on if Sherlock gained a female apprentice later in life.

Last year I read The Help which I found amazing.

One of my New Year's resolutions this year was to read The Hunger Games-- mainly b/c I was SO tired of everyone asking if I HAD read it. (When you like Harry Potter, everyone assumes you will love the next big thing in young adult fiction. To answer your question, NO, I hated Twilight)- this is probably what made me hesitant with Hunger Games. I can admit when I am wrong-- I really enjoyed the series-- though I felt the last book was rushed and somewhat disjointed.

Some other books/ series I love:

The Royal Spyness Mysteries by Rhys Bowen
The Flavia DeLuce novels by Alan Bradley
The Glass Castle by Jeannette Walls
Dublin Murder Squad series by Tana French
The English American by Alison Larkin
Belly Laughs by Jenny McCarthy
The Divine Secrets of the Ya-Ya Sisterhood by Rebecca Wells
Posted by S. Dub at 1:55 PM No comments:

Day 6: What band or musician is most important to me

Well, this is a weird one. I'm not sure which artist is most important to me-- but there are MANY that I LOVE and certainly add to my life.
Being a former band and orchestra nerd I have been fortunate to be exposed to many genres of music. There are few that I don't really like. Basically it depends on what kind of mood I am in at the time. From classical and musicals to gangsta rap and heavy metal-- my iPod has it all!

Recently, like most everyone else in the world, I've been listening a LOT to Adele. I've loved her for MANY years now and I'm really happy she has found success. Her voice is so unique and full of feeling, and her lyrics hit home.

Of course, anyone who knows me knows I am a HUGE fan of cheesy 80s music... If only I could sing I would be a kareoke dynamo! I still love Debbie Gibson and New Kids on the Block. I know all the words to Baby Got Back and Buttermilk Biscuits! Nothing is better on a road trip than some Garth-- followed by some Def Leppard and Duran Duran, of course!

Music has been, and continues to be, a very important part of my life. I am so excited that Maddie seems to love music (& dancing) as much as I do. So I guess in answer to today's topic, MUSIC itself is important to me!

OK, this will be a fun one!

5 Places I Want to Visit


#1: Italy-- This has been tops on my list for a long time. I want to see the touristy stuff, but also spend times in the small country villages-- think Under the Tuscan Sun. 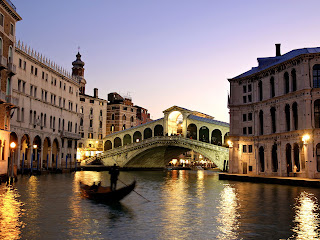 #2: Alaska-- I'd never really thought about it much until Little Bro's girlfriend went with her family. After seeing her pictures-- WHOA! Now if I could just talk Hubby into it! 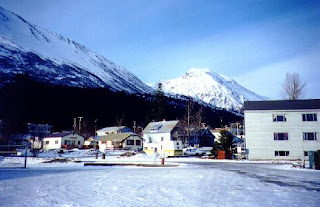 #3: Maine-- Other than New York, Pennsylvania- that area, I haven't travelled much in the northeast. And I guess since 5th grade- when my favorite show was Murder She Wrote-- and Jessica Fletcher lived in Cabot Cove, Maine-- I've always thought it would be an interesting place to see. 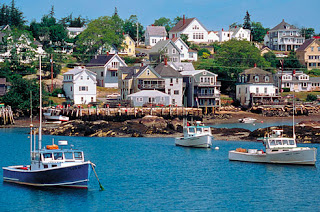 #4: Chicago-- I know, I know! I can't believe I haven't been there either! Even Hubby has been! We have discussed a trip, possibly even later this year. One thing there I REALLY want to try-- Chicago style pizza! 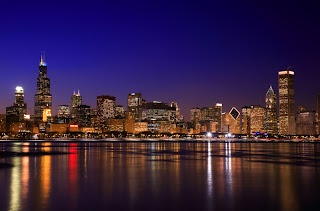 #5: California Wine country-- I would love to get a group of girlfriends, a chauffeured car, and hit the road, sampling wines for a few glorious days. I love CA, and have explored various areas, but never the northern part. 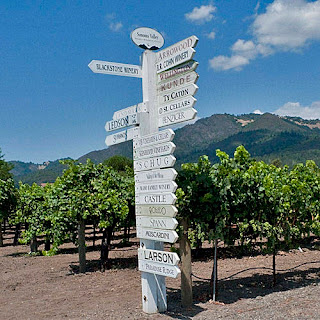 The meaning of my blog name--

Well, the address of the blog is ukteach-- no, I am not a teacher at the University of Kentucky, nor do I plan to be. But once upon a time I applied to teach in England-- and actually set up this blog as a way to communicate that process and talk to other ex-pat teachers.

The title, Miss Teacher, is pretty self-explanatory I think.

Slightly off topic-- pet peeve: when students I don't know call me "Teacher"
Posted by S. Dub at 11:26 PM No comments:

A sick toddler does not leave much time for blogging. Going to try to get caught up a bit...

Day 3: My day in great detail

Well, since it is only 10:20am, there's not much to report. That said, I was up with Miss Priss who has been coughing her head off all night. She seriously sounds like she has consumption. I took her to the clinic on Saturday AM b/c she has had major congestion-- snotty nose, snotty eyes, the cough... They said she has an ear infection and gave her the good ol' Amoxicillin... Now I am debating whether or not I should call the pediatrician for an appt today, or wait another day to see if she gets better. We leave for the beach on Saturday and I would REALLY like for her to be back to 100%. It's worse at night-- she coughs during the day, but NOTHING like she does at night... ugh...

So during the night I went from Miss Priss being in her bed, to bed with us, to the couch with her-- sometimes when we sit upright she coughs less. Sometimes. Not so much this time. So she and I have been officially up since about 8am... thought I am pretty sure I've been up since 4am, when someone coughed so hard they threw up the juice they had just drank... all over me.

And Hubby is working a morning shift today, so I had to do breakfast for him and make tea for him to take with. Manged to get Miss Priss to eat some toast. She's been whiny, but sleep deprivation makes me cranky too.

So currently we are watching some Mickey Mouse Clubhouse... and I am trying to find some energy or motivation to do something productive. I guess blog catch up is a start...  :)
Posted by S. Dub at 10:30 AM No comments:

**Sorry this is a day late being posted-- already off to a great start, huh? Miss Priss has been under the weather and yesterday was ROUGH!
Posted by S. Dub at 1:51 PM No comments: 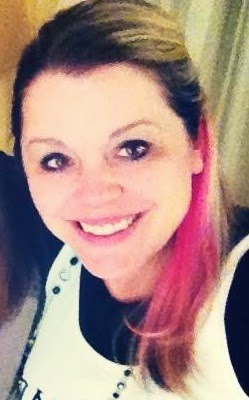